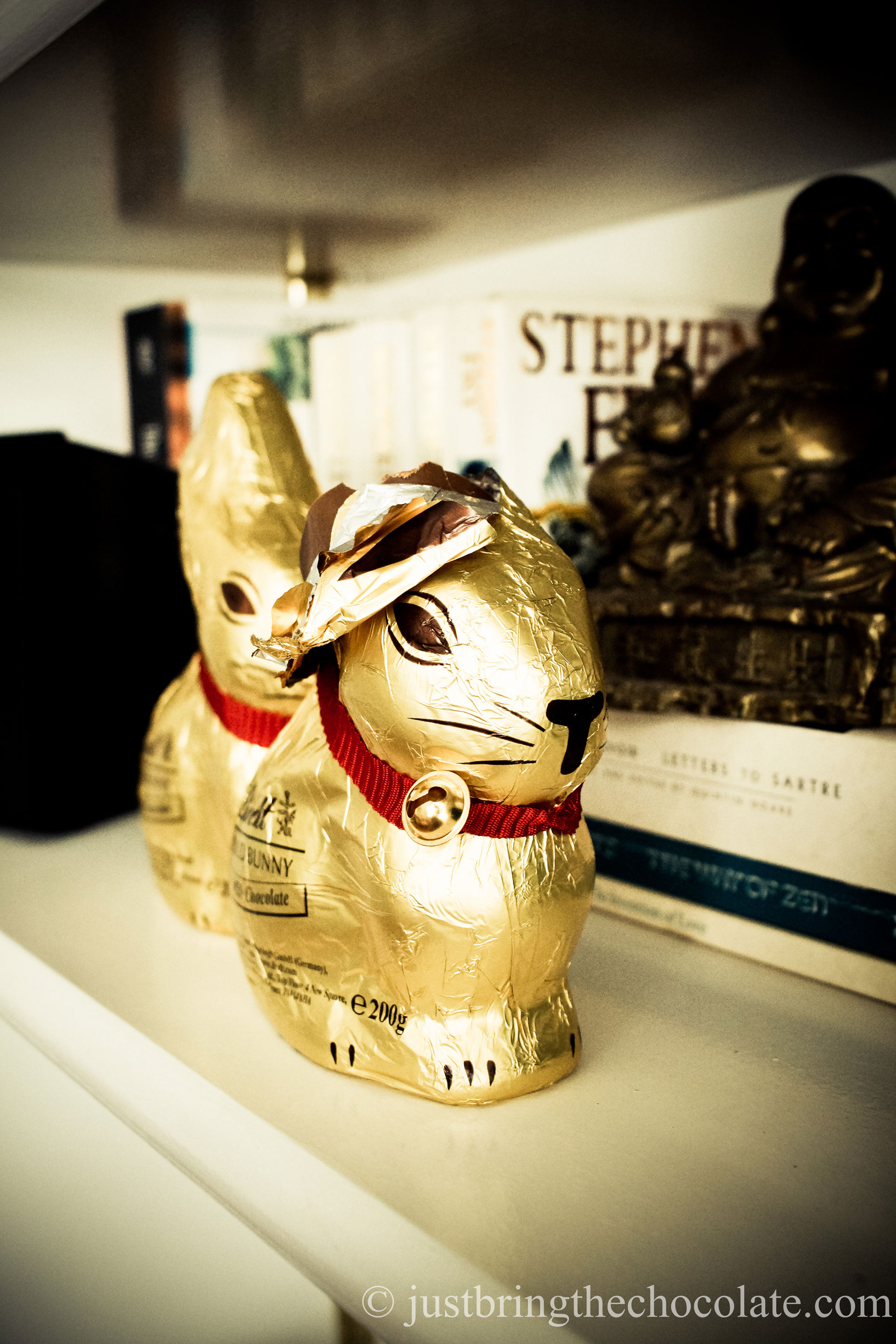 It was Easter Sunday last week, and my Facebook page was littered with people reminding me to remember the true meaning of Easter which apparently has nothing to do with chocolate. How disappointing. Although to be fair, for the most part, in our family it kind of isn't anymore anyway. It is not, however, because we are Christians, with the current exception of Lilia who is willing to subscribe to any organisation who manages to combine presents, chocolate and time off school with significant religious dates. I have always told my children that they are free to follow whatever religion makes them happy, the only thing they must not do is to be satisfied with just following it blindly and using faith to excuse lack of rational thought. Elliot is rather fascinated by the idea of religion, but finds it an irrational response, in the same way he understands why people think it's nice to believe in fairies or father Christmas, but cannot come to terms with why people would continue to kid themselves once they were old enough to want to understand the world they live in, because surely convincing yourself to believe in something that contradicts itself, has no grounding in anything rational and causes so much death and trouble for people is about as sensible as praying to a banana because someone told you it was a good idea. After all, they weren't going to prove that it was a rational thing to do, they were just going to get very angry if you suggest that it wasn't. Ok, so perhaps he's a touch over enthusiastic, but he is giving thought to what he believes and why, which I respect. Dominic considered himself a Christian by default over the Christmas period as he had been surrounded by the stories of Jesus that had been told in such a way as to imply that they were accepted facts about the world. Then he went to the Natural History Museum with school and found out all about dinosaurs. Given a choice between believing in god or dinosaurs, the rather overwhelming evidence for dinosaurs compared to nothing other than stories for god meant that dinosaurs won the vote. Perhaps that makes him a dinosaurian. My attitude to religion is quite simple, and concisely summed up in this quote from Richard Dawkins,

An atheist is just somebody who feels about Yahweh the way any decent Christian feels about Thor or Baal or the golden calf. As has been said before, we are all atheists about most of the gods that humanity has ever believed in. Some of us just go one god further.

My point is twofold. Firstly I wanted to say that I believe us atheists are more like people who believe in an omnipotent being than you might think. We're not all immoral hedonists who dance naked around fires (more's the pity). Some people choose to pick a single religion to believe in out of many possibilities. The way they might feel about all the possibilities that they rejected for whatever reason (assuming they approach such a life-changing decision by actually examining the possibilities rather than simply trusting their parent's or local church/synagogue/mosque etc's opinion) is just the same as the way I feel about all of them. That doesn't make me a bad person, or different than those who embrace religion, because we have agreed with each for 99% of the religions out there, which is almost identical thinking.

My second point is that just because I'm atheist, doesn't mean that I don't embrace the traditions around me, especially the ones that are fun, that bring the family together and, true to Lilia's belief, that involve presents and chocolate. Easter has become a tradition in its own right around here. Before Dominic was born the children used to go on a classic egg hunt in the garden (if the weather was nice enough), then come back with a nice amount of chocolate which I would slowly eat over the next few weeks, purely motivated by an unselfish desire to protect their teeth you understand.

When Dominic came along and got to an age when he wanted to join in too, we had to approach the whole affair slightly differently. The point being to make a running around, chocolate eating treat equal fun for a non-walking, non-eating child. And so started a new tradition for our family, the bum-shuffling-Easter-egg-and-surprise-present-hunt. OK, so it doesn't exactly trip off the tongue, but it has meant that Dominic looks forwards to Easter just as much as Elliot and Lilia do. You see, in our house, Easter isn't about Jesus, or even chocolate for that matter, it's about being part of the family. If you would like to join in the blog hop and tell us what your normal is like click on the link below and follow the instructions to add a link to your post. Anything goes, show us a photo, a picture, dust off an old post that talks about any aspect of your normal life. Please link back to this post or duplicate the linky in your post to make sure the entries get as many views as possible. Don't forget to tell us all on twitter using #definenormal and feel free to post your link on my Facebook page once you've linked up!

The Unsung Heroes
The Return of the Mad Cat Lady
Stop Wishing for Normal
My Baby is Here!
The One Where I Confess
Embracing the (dirty) added extras