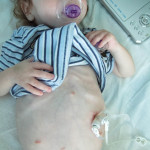 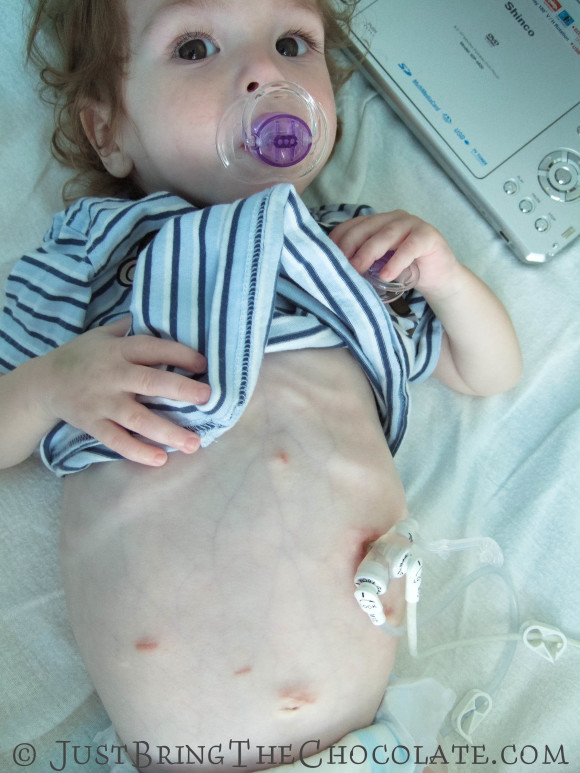 Dominic with his GJ tube after his second fundoplication with pyloroplasty.

We knew Dominic’s stomach wasn’t working particularly well after he managed to undo his first Nissen’s fundoplication by vomiting copious amounts of feed through it, landing himself in intensive care.

He was fed via a nasojejunal (NJ) feeding tube while we waited for him to become strong enough for a repeat fundoplication with a pyloroplasty, in the hope that it would help his stomach drain so we could feed him through a gastrostomy again.

Even though the operation went very well, the plan to feed him into his stomach failed miserably, and Dominic lost a lot of weight in our local hospital whilst waiting for Great Ormond Street Hospital to decide what to do. We knew that bypassing his stomach and feeding him into his small bowel (the jejunum) worked very well, but his low weight was actually one of the issues. Having a nasojejunal tube long term just wasn’t practical, but he was quite considerably under the 10kg recommended weight for the gastrojejunal feeding tube (GJ tube). 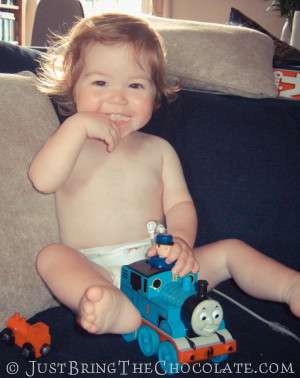 In the end we took a calculated risk, and it was the right decision, as being a very small child, he didn’t actually hit that weight for a long time. I still believe that it was the decision at the time, given our options, even though it had some quite serious consequences for Dominic in the end.

Dominic had a Mic-Key gastrojejunal feeding tube inserted by a team of radiologists at Great Ormond Street. They put a long tube through his gastrostomy hole using videofluoroscopy, which gives a continuous x ray image, to help guide it into the right position.

The button looked very similar to the more common Mic-Key gastrostomy button, although it had two ports, one for the stomach and one for the small bowel. This means you could feed into the bowel and give medicines into the stomach, or drain the stomach at the same time as feeding, although I did find that the GJ tube was far less reliable as a way of keeping the stomach on free drainage than the seperate Mic-Key button. I think this is because the GJ tube is one tube that passes through the stomach into the jejunum. Within that tube there are two smaller tubes, one which finishes in a small opening in the stomach and one which opens at the end of the tube into the bowel. The separate Mic-Key button has a hole at the end of the tube going into the stomach which means it isn’t dependent on which way up the tube is facing to drain well. It’s definitely something to consider if gastric draining is important. Also it’s worth considering the fact that having the pylorus (bottom of the stomach) held open by the tube going through it lets liquid from the bowel come back up, if it is inclined to. You might find that your child starts draining bile out of their stomach as a consequence.

The combination of a second Nissen’s fundoplication combined with bypassing the stomach and feeding him jejunally was the turning point for Dominic. The Nissen’s stayed intact and he stopped retching. We could drain his stomach using the gastric port of the GJ tube and so his lungs were finally safe and he started to grow and thrive. He was of course now permanently attached to a feeding pump as you can’t bolus feed into the jejunum because the bowel is not designed to expand like the stomach, but this seemed like a small price to pay.

The complications came some time later, when I started seeing Dominic’s feed coming straight back out of his stomach (which means it was traveling backwards from his small bowel). I thought perhaps the tube had a hole in it and the feed was leaking out too far up. To test this I put some water with food dye into the jejunal port of the GJ tube and low and behold a few second later it came pouring out of his stomach.

It took a month of Dominic being sat in his local hospital after a trip to Great Ormond Street had seen a tube change to a PEG-J (percutaneous endoscopic gastro-jejunostomy) and the first conversation I had where ‘pseudoobstruction’ was mentioned as a possible diagnosis, not because of any diagnostic evidence pointing to this, but because children ‘like’ Dominic (i.e. in a wheelchair) often had it. As a result Dominic sat in his local hospital in agony, disaplying all the signs of an intestinal obstruction, unfeedable, pouring bile out of the hole in his stomach because the PEG-J was so useless at draining it and generally in a very bad way, but when the hospital telephoned Great Ormond Street, which they did daily, the same people who had mentioned pseudoobstruction hung up the phone the second they heard Dominic’s name. Eventually I put in writing that I would hold them responsible if anything happened to Dominic as a result, and he was transferred the next day. 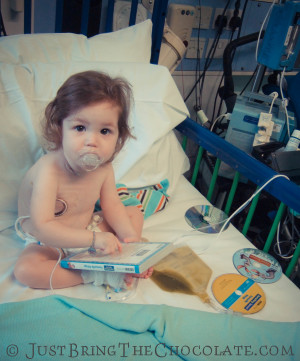 The obstruction was discovered when they tried to reinsert a Mic-Key GJ tube, the tube wouldn’t pass through the duodenojejunal flexture and the duodenum was grossly enlarged and had concertinaed. With a several attempts they managed to push through a large flush of water past the collapsed bowel and insert the feeding tube. Dominic was then handed over to the surgeons who arranged for a Hickman line to be inserted so he could be given Total Parenteral Nutrition (TPN) to build him up a bit as he was going to need big abdominal surgery to fix the problem. When he was strong enough they performed a Ladd’s procedure which rotated his bowel to straighten the kink out and is normally only performed on children who have malrotated intestines. As a consequence Dominic now confuses radiologists no end as everything is back to front, and his appendix is on the opposite side.

The surgeon wasn’t very hopeful when he came out of the operation saying that there was no movement from the bowel at all. Dominic was started on TPN and the road to recovery was a very long one. The surgeon later told me that the GJ tube had caused the bowel to stretch and then kink, and it had also happened for other children, but only those with other bowel issues it seemed. I’ve failed to find any research to back this up yet.

You can always go to the various wic office locations near you for your children’s welfare.

After 5 months in Great Ormond Street hospital, Dominic went home being jejunally fed once more using a GJ tube. But despite getting him off TPN the bowel had been damaged, and he lost a lot of fluid from gastric drainage all the time. Although we kept the Mic-Key GJ feeding tube at that time, our experiences with it helped us make the decision to move to a surgical roux en-y jejunostomy, which ended up causing even more complications.