Communication works for those who work at it.
John Powell

I decided to give our appointment with the gastroenterology department at Great Ormond street hospital a whole shiny post all of its own. We actually saw the consultant on the same day as we had the appointment with the congenital myasthenia team which I wrote about in great detail, but I thought that the information I wanted to share from this appointment would get lost in the seriousness of the other post. The value of this information is not actually the appointment, it is the fact that the doctor was as excited as I was about a potential breakthrough to help solve doctors' notoriously rubbish communication skills. 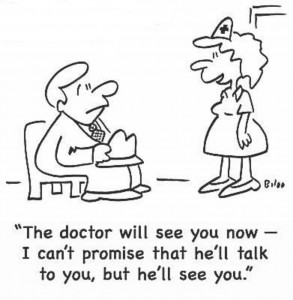 Dominic has complex gastrointestinal problems. He had silent reflux from birth, and because some of it went into his lungs he suffered from a lot of serious pneumonias and wouldn't eat (just imagine feeling like you're drowning every time you tried to eat or drink something). He was tube fed into his stomach had an operation to stop the reflux called a Nissen's fundoplication just before his first birthday. He had a second one done some months later when his stomach function never fully recovered after the first operation and excessive vomiting caused the Nissen's to come undone. After the second one we bypassed his stomach altogether and fed him via a tube that went past his stomach and into his jejunum, which is the top part of the small bowel. This worked well enough that a permanent feeding tube was placed surgically into his small bowel in August 2010 (it was also the catalyst for our 8 month hospital stay and the reason I originally started this blog). If you want to see pictures of all his various attachments, be sure to check this picture montage out. Given all the above, you would expect the gastrointestinal team to know Dominic very well. I, however, have learnt to manage my expectations.

My expectations for our first appointment that morning had already granted me the freedom not to rush with the children to get the train, despite the fact that I was running late. I already had the secretary's phone number ready for the outpatient's receptionist so she could find out why the consultant had not shown up as expected. The secretary helpfully informed her that, not only was the gastro consultant not there, but she had actually completely forgotten that she was meant to be seeing us in the first place. By the time we sat in a room opposite each other, and found out that the computer, no matter how many times the little buttons were pressed, was not working, it was almost time to go to our next appointment. I used my time efficiently in order to try to achieve what I needed to: things like trying to persuade her to start send clinic letters out so the GP will actually carry on prescribing Dominic's drugs and updating her on how I had tweaked and changed things with Dominic's feed. She used her time to congratulate me on doing her job such a good job. I then moved on to the fact that the community nurses had been leaving urgent messages about Dominic for weeks and no one had responded. Dominic has a Hickman line, which gives us access to his blood easily. Nurses come every week to take blood to test and also a urine sample. These results are then meant to be analysed by the gastro team at Great Ormond Street in order to pick up any concerns early on. At the last appointment I found out no one had been checking them for the previous four months, and this time, if anyone had checked them, they weren't responding to the string of calls that had been made from Dominic's local team to the gastro team about them.

My expectations of the behaviour of this particular consultant are largely based on experience, having, amongst other things, spent 5 months in hospital with Dominic, very poorly, on the surgical ward (that the gastroenterologists came to every day) waiting for one of the gastro team to review Dominic by actually taking the ten steps needed to enter his hospital room. The exasperated surgical consultant had left a message every day, but eventually got them to come and see him by physically blocking the exit of the surgical ward so the gastro consultant couldn't leave after her rounds. She still didn't see Dominic that day, but seemed to get the message and finally came the following day. That's 5 months of being in the same hospital as this team and failing to get anyone actually to come and speak to us. You can imagine the challenge you face once you have been discharged. Communication is not their strong point.

Because of this, I was pleasantly surprised by the reaction I received when I mentioned that I had got Dominic added to a new communications system called Patients Know Best. The consultant was delighted, not so much by my initiative, but by the fact that she could now communicate with Dominic's other teams more easily. Yes I did just say that, a doctor delighted by the idea of communicating with a different team. I almost wish I had the forethought to take out my phone and record the event to prove that such things can and do happen as I know plenty of friends will find it difficult to comprehend. I have to admit the name choice of the system did make the deeply cynically and NHS-scarred side of me feel instantly nauseous at such an obvious attempt at patient platitudes; however, the concept is one that delights me. It is advocating the idea that the patient should be in control of their medical records and attempt to encourage different departments (often within the same hospital) to actually communicate with each other. And even more encouraging is that then there is a written record of the communication that goes on. Think of it as social networking with your/your child's team. Let me use a common situation to help explain the system. Imagine a GP asks for bloods, but you know that you had already bloods done a few weeks ago at the hospital. As things currently stand, the GP would send you for another set of bloods as the hospital ones would not be available to them until a clinic letter arrived some weeks later with the results in them (if, in fact, it ever arrived). That's twice the amount of tests, twice the cost of running the labs, twice the cost to the NHS, twice the inconvenience to the patient, twice the wait for answers. With this system the patient could choose to invite their hospital consultant and their GP to share their medical notes. The blood test results could then be uploaded on to the Patient Knows Best system and then all the invited professionals could view it.

For us, the Patient Knows Best system means that potentially (as I'm being realistic here) in the future we won't have so many separate, non communicated, sets of notes for each hospital or specialist team that is involved with Dominic, . As it stands Dominic has 5, overflowing, volumes of notes in Great Ormond Street, and probably an equal amount at his local hospital and even more spread out in the community, with only one person that knows the whole picture (little old me). These notes are desperately relevant to each other but never shared and completely separate. I hold out hope that if Dominic were to turn up at his local hospital, this could potentially allow the findings of the local team to be shared with the specialists and vice versa. I say potentially as you're making a great assumption that all the doctors involved would be willing and would have the ability to communicate in this way.

Although this system is already being used within the gastro department, and they are obviously keen to have their patients on it, the poor communication means that the process of actually being able to sign up for it is, currently, not working very well. Having been told countless times that Dominic would be added and then nothing having happened, I had taken it on myself to track down the person running it and asked directly for Dominic to be signed up. In the end this seemed to be the right approach, and I can now view the gastro team listed as possible contacts within the Patients Know Best system.

As far as I am aware Great Ormond Street hospital's gastroenterology department are the only people trialling the system at the moment, and however slow it is to be taken up by others, the fact that they are trialling it is to be applauded.  What is even better is it gives glimmers of hope that a department that is notorious for its poor communication, especially considering the complexity and fragility of a lot of its patients, has admitted its failings and is attempting to do something about it. This is why I was both surprised and heartened by the fact that the department seemed enthusiastic about it. Watch this space about this one, I'll let you know if we have any luck with it.

For all the GOSH mothers
Silent Sunday
Easter is just about the chocolate, right?
Aspergers (or reasons to shelve that duct tape plan)
What position next?
Parental boundries (Just Bring the Chocolate style)