You know that feeling, when you wake up and make a dazed stagger towards the bathroom still half asleep, but conscious enough to dreamily run through the previous night's events in your head? You can enjoy soft focus highlights as you prop your not-quite-ready-to-be-awake-yet head in your hands, your elbows enjoying your bed warmed legs as you sit on the toilet and gather the strength to tackle the day. That was me on the first morning of 2012. My head foggy and uncooperative I sat with my eyes shut for a while recalling the feeling that the night before had left me with; of a small warm child falling asleep on me, of being surrounded by excited chatter of possibilities and hopes, of good food and bad TV and of course of spending time with people I love. New Year's Eve does that to you, no matter how cynical you plan to be it somehow manages to seduce you into believing that as the clock clicks past midnight something has changed for the better, and worries and troubles are but ghosts of the previous year and also perhaps the vast amounts of food and alcohol that were consumed don't really count anymore either. And then you wake up. Or at least in my case 2012's glorious arrival went raspberrying off like an untied balloon the second my bare foot touched the kitchen floor and the kitchen floor crunched in response. I blinked away the fog and surveyed the reality that 2012 had brought me. The unfed animals, the urine pots and bile bags to measure,the dishwasher to empty, the cat litter stuck to my foot, the drugs to draw up, the feed to make, the bins to empty, the small child to be dressed and washed and carried about, the same old routine that faced me every morning in 2011.

As I set about reclaiming the house I was very glad to not have to also come face to face with a list of resolutions that had been written in a moment of intoxication determination in an attempt to achieve things that, for the previous 11 months of the year, I had failed miserably to succeed in doing. New Year's resolutions are, after all, merely our January to-do lists. Instead, as I ticked each thing off my daily chore list, I tried my hardest to feel grateful that I was lucky enough to have the list to do in the first place, as if you trace each thing that needs to be done to its source, each one was generated by something that undoubtedly made my life better and happier.  If I'm honest gratitude is not the easiest thing to find when you are sifting cat poo out of a litter tray while simultaneously diffusing three separate disagreements started by over tired children in a manner that would put the United Nations Peace Keeping force to shame. I only have to think back to this time last year to remind myself that I should be thankful though, that this madness is my touch stone without which I don't feel like I am living my life at all.

So, as a hat tip towards 2012, and to remind myself how lucky I am as I weald the plunger once again to try and unblock the upstairs toilet, I would like to share a sentiment that holds a lot of truth for me and, if I was going to write a list of resolutions, would be the only thing on it- 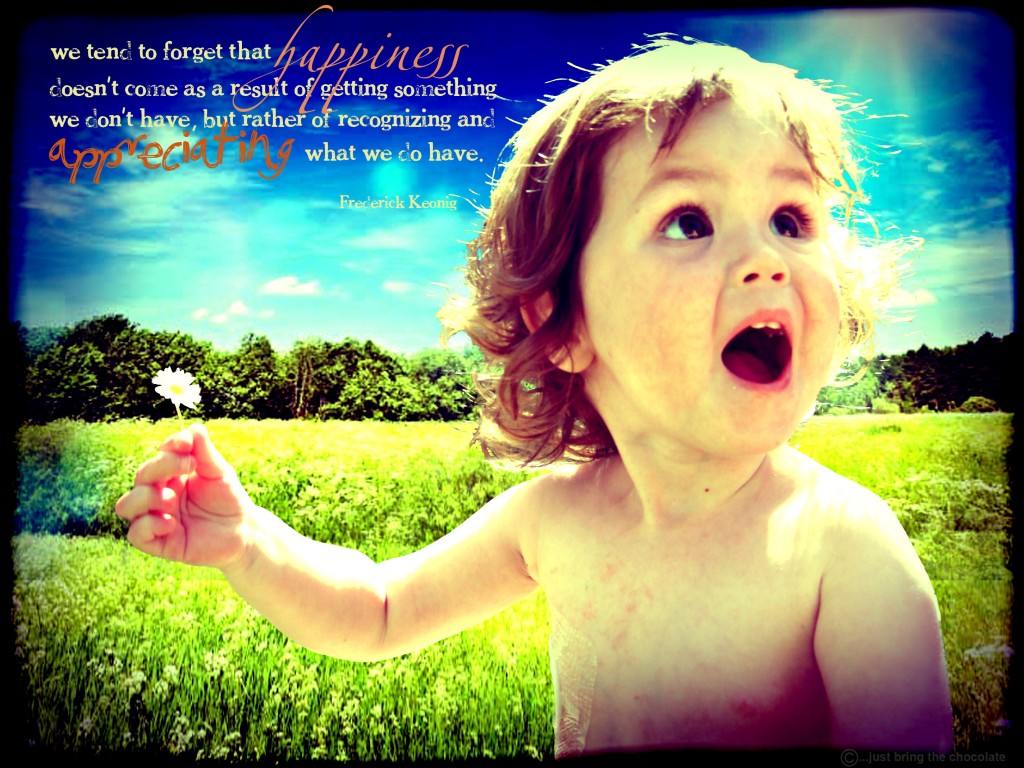 Happy New Year to you all, and I hope that you find happiness, in whatever form it takes.

Normal family life at my place...
Manners from a Minister
Procrastination Dissemination
Granny slippers and chocolate
Silent Sunday
Freedom is more than a state of mind, it's a wheelchair