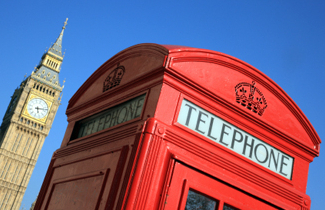 Dominic and I are currently languishing in Great Ormond Street after what should have been a relatively straightforward operation to give him a surgical jejunostomy. Unfortunately Dominic doesn't do straightforward and we are now in our fourth week of recovery with no one being able to predict how much longer it might take for him to be well enough to go home.

Although I think that 'well' is a subjective term, as Dominic looks and acts as though he is on top form. He's happy, playing, cracking jokes and having a thoroughly wonderful time thank you very much. After all he does have his mummy on call at all hours, never more than a few steps away from him and he doesn't have to share me with anyone. It's simply a number crunching exercise that is keeping us here. His stomach pours out more liquid than we can get into him to keep him from drying out like a prune, so he is still needing IV fluids which is what is keeping us in hospital.

At the moment his gastric losses are about 500mls in 24 hours. We're getting about 900 mls into him. 400mls of fluid a day is not enough for a boy that soaks the bed in sweat every time he gets tired or stressed in the high of summer in the hottest ward you can imagine.

Strangest thing is that apparently he's positive for fluid at the end of the day, i.e. he hasn't wee'd out as much as he should have left in his body. They are testing his kidneys today, but I'm not the teensiest bit concerned.

All of this obsession over wee is helped by the fact that Dominic, with his usual strange sense of timing, has decided that this hospital stay is the time to embrace being toilet trained, so has been weeing into a little silver pot faithfully for the last three weeks and has also been dry over night… including when they are putting about 800mls of fluid into him. Remarkable.

So Dominic is happy. I think he's the only one. The people to really suffer in all of this are his brother and sister Elliot and Lilia. With each week that passes their cheerful grins and waves have faded and sobbing and clinging onto me have replaced them every time it's time for them to go home again without me. They tell me that they miss me and that they want me and Dominic to come home, but have never once suggested that I leave him and come home leaving him here. They love their little brother so much, and sacrifice so much for him unquestionably. I'm so utterly proud of them and so distraught to have to put them through this once again.

I'm trying to remain optimistic that it really isn't much longer until we'll get out of here, that I will be able to give them something of a summer holiday, and that the emotional damage can be repaired.