I know myself well enough that I have been able to recognise that a lot of the lack of blogging is because I have been waiting for an ending. You know, a neat conclusion to a linear story that talks of surgery and recovery and of moving on, an interesting little tale with a beginning, middle and end. Once I’ve got that, then I can try and find the funny side of it all, look for a lesson to be learnt, chuck in a few metaphors and show us living happily ever after. That is how my brain wanted to write this update, requiring the line to be drawn in the sand so I could figurative move on and the blog could literarily move on.

I don’t think that I am expecting a sugar coated easy ride in life though, however much my desire for the fairy tale ending might imply. I am simply a realistic optimist (for the most part). But I am human and a bit broken and it is not unknown for me to cheerfully breeze through school and then get home, walk in my front door and burst into tears, just from sheer frustration at the battles that I’m forced to spend my day fighting, the worry about my children or just from simple exhaustion combined with coming home to a house that looks like a tornado has blown through it. I don’t consider myself to be a crier at all. In fact I rarely cry, so I tend to take the tears dropping off my nose as a wake up call to just how bad things have got. 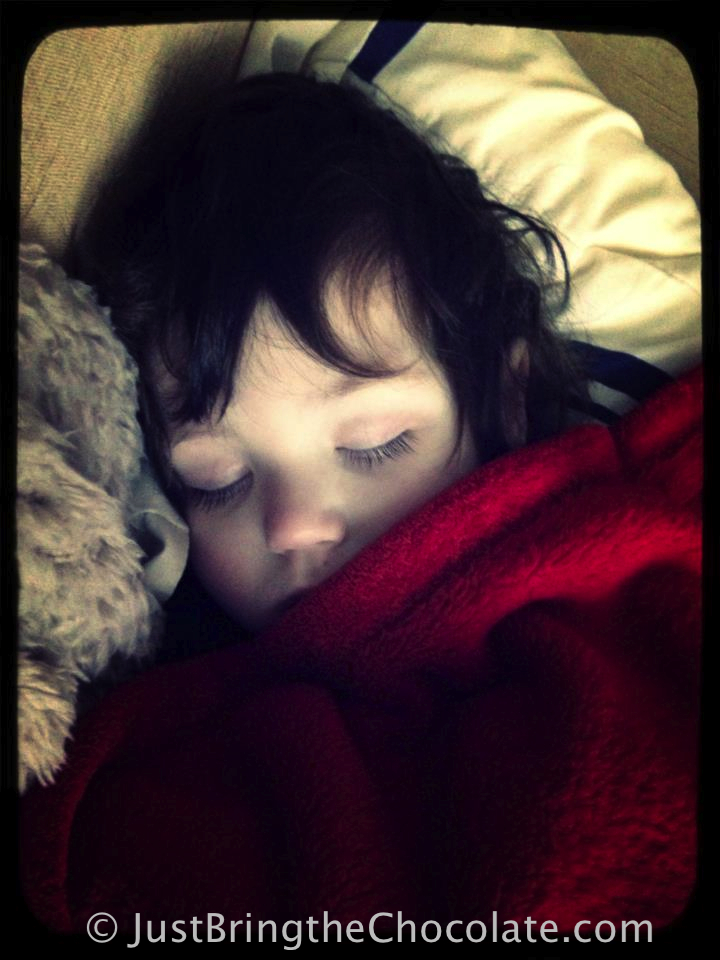 I seem to have more photos of Dominic asleep than I do awake these days. It’s what he does when his body needs time to recover.

As I’m snivelling and declaring that I just don’t have the energy to fight yet another battle, that I’ve had enough, I can’t do this any more, that I don’t want to do this any more, at some point everything changes. An idea will come to me, then a plan, then a sense of purpose. I truly believe that simply complaining about things is a waste of energy, either you accept that it’s not great but decide to live with it, or you accept that it’s your problem and you just need to get over it, or you try and change the situation. The latter option is the unfortunate default option for most of my battles, as often it comes down to fighting for Dominic’s basic human rights, and so the journey begins of finding loop holes in impossible situations, using a department’s own legislation to hang them with or simply arguing a good, water tight point. Generally speaking most issues, with enough brain power and time invested can be fixed. It’s another way of drawing a line and moving on to better things. And it can be utterly smug-facedly satisfying.

And then I was faced with something that I could not fix. I found myself in a meeting with a consultant surgeon talking about the continuing pain that Dominic was in that was affecting his ability to move around, to do anything other than sit on a corner of the sofa, drugged, sleeping on and off. It was the same pain that lead to two more operations after his initial one to place a permanent feeding tube in his bowel back in 2010. There was a year’s break after the second redo operation and then the pain returned again last summer. The surgeon gave me a choice, do nothing or prepare ourselves for a big operation. I knew my answer before he had finished the sentence. And with the words ‘no more surgery’ I condemned Dominic to live a life that I had previously fought to fix, that I had spent 8 months of our lives in hospital trying to fix because I refused to accept that this is as good as life could be for him. I tried to be reassured by the consultant’s concern over how unwell Dominic seemed, by his promise to arrange a meeting with all the consultants to come up with a way to make this less than right life work. I smiled and thanked him and quietly left the office.

And I told no one. I think that there was more truth in my silence than any blog post or facebook update could ever have come close to. I knew I had no way of parcelling my feelings up, of telling the story, there was just a nothingness about it all that was indescribable and entirely my own. No problem for me to solve, no battle for me to fight. And so I stayed silent. I would find myself crying as I moved around the house doing the billion and one chores that demand my attention while the children are at school, not knowing why I was so deeply unhappy. Thoughtless comments spoken by people who hang their pride on their achievements in the workplace and the consistent inconsistency of being treated like an expert when people needed my help and ‘just’ a mother when they didn’t and before I knew it I felt trapped in my life, forced to be kept in a never ending nightmare where I had to let people treat me like I was dispensable, only holding a value when they needed me to ease the workload of their very important life . A life where, as I cleaned cat litter and wiped toilets, I had to concede, I began to struggle to see my own worth.

And down and down I sunk without realising it. The appointments piled up, the paperwork pile with them and I just plodded, telling myself I was too busy to write anymore. But there was always that nagging feeling of loss. I would see months roll past, birthdays and Christmas and life and each time my fingers hesitated over the keyboard for too long as I wondered how to say the one thing I couldn’t or wouldn’t talk about. Dominic had been in pain, had an operation and was now, months later, despite everything I’d put him through, still in pain. It wasn’t so much the journey we’d been on that I didn’t want to talk about, but more the fact that I felt helpless to fix it.

It came as no surprise when the agreements made with the consultant amounted to nothing. No meeting was organised, no one checked Dominic was ok. We weren’t taking up a bed space, we weren’t therefore significant. But don’t get me wrong, in all this time I wasn’t simply waiting for a happy ending to happen, I was just trying to do my best with the story we had. And it wasn’t as though I didn’t tell myself daily that this would be the day I drew my own line, I would just write it down and move on. In fact the writing about it became so part and parcel of the moving on that it got to the stage where I didn’t think I could learn to accept that this was our new normal until I had written about it.

Then finally, after I had sat there holding my trembling boy against me, I vowed to get over myself once and for all. I came downstairs and I started writing. I wrote everything that had happened, including the lesson in bravery that my amazing child had taught me. And right up until that point I was telling the truth.

The lie was that I never published the post when I wrote it. That post was written months ago, and I truly wanted to believe that seeing how brave my youngest son could be was enough to accept that I could not make the pain better, but I could help him enjoy the life that he does see as fantastic rather than wasting mine on something that, for now, I am powerless to change. That would have been a nice ending, but it wouldn’t have been a truthful one.

Perhaps that is why I never published the post and it has sat there as a draft for such a long time. And so that was my lie, my lie to myself initially and then to you.

As it turns out, what I needed was not an epiphany that changed everything instantly, but instead the motivation to start fighting, not for Dominic this time, but for me. That was never going to be something that one experience was going to fix, but I like to think that the night I wrote about was a catalyst to a much longer process. Slowly, over the last few months I have been using all the skills and strategies that I have learnt in fighting for Dominic to help myself. I’ve tried to use my grief at the loss of a way to fix things to realise what is important to me, and then use that knowledge to change things for the better. And so I have been trying to find a way to be me again, to realise my value and find respect for person I know I can be. In that way, I can celebrate my own victories and rely less on waiting for other people to see my worth.

And things have changed, and I am happier. I would even go as far as saying that I am proud of what I have achieved. I always tell my children that you make your own luck and that you should never turn down an opportunity as you never know where it might take you. As a child, and still now, I make myself do things before I have a chance to convince myself that it would be way too scary or embarrassing or I’m likely to cock up and make an arse of myself. It has lead me to be the first, lone adult on the dance floor because my daughter liked a song and wanted me to dance with her, it has lead me to meet the lovely man that is such a big part of my life (despite the fact that I get to see so little of him these days), it is the reason that I applied to be a school governor, why I decided to give running blog awards a go and the reason that tomorrow I’ll be going to meet Edward Timpson (Minister for Children and Families) with some other stick-my-hand-up-first-get-nervous-later people. Not bad for a few month’s work.

And so I am finally writing this post, not because I have my ending, but because I am ready to move on. I think, if I was ever going to take a lesson from the night that I wrote about right at the beginning of all of this, it would be that sometimes the bravery is not the act of surviving an event, but the one of moving on despite of it. 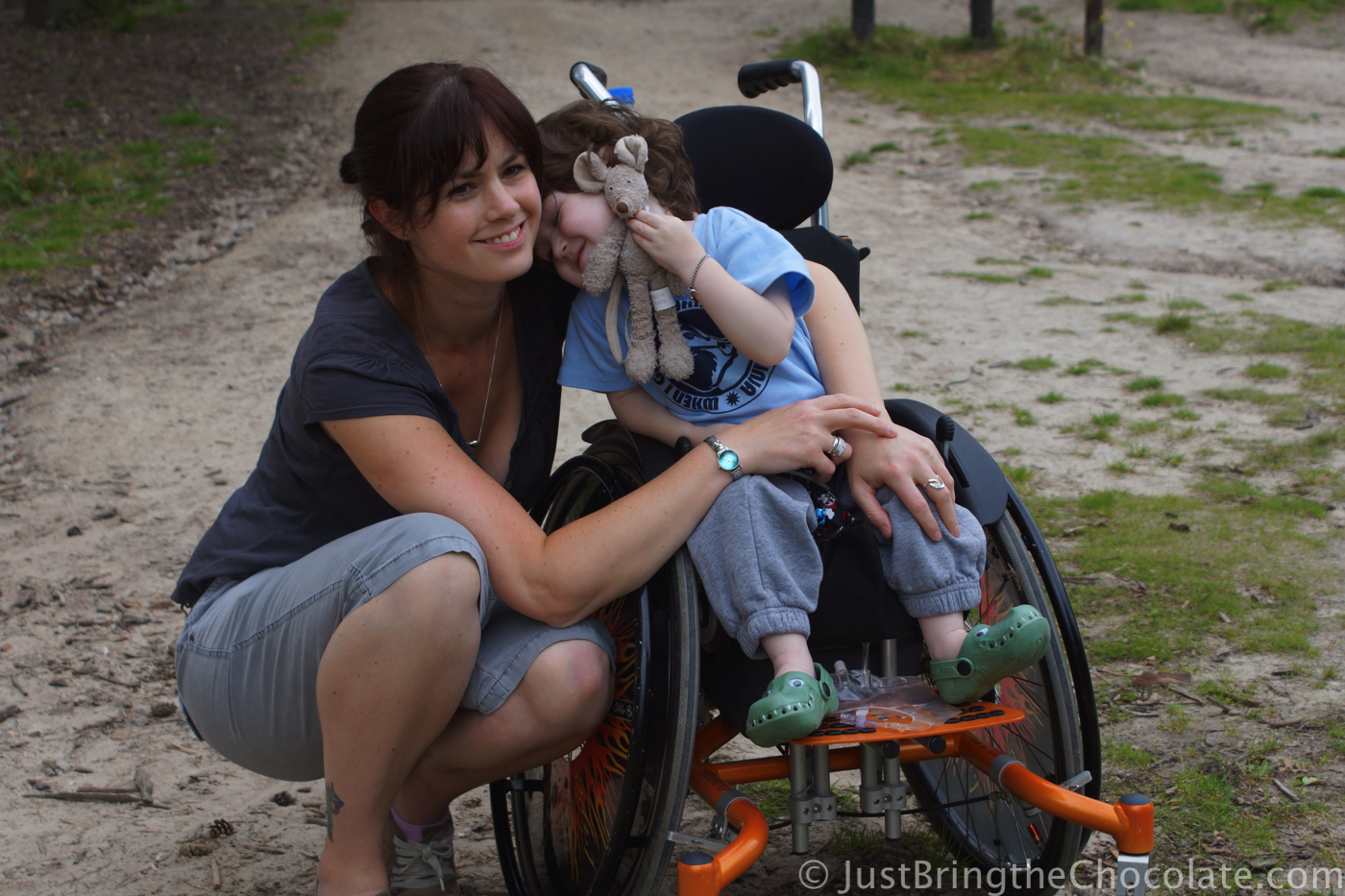 Silent Sunday
For all the GOSH mothers
Why You Tube could teach your child a valuable lesson about life
Should Awareness Days Try Harder?
Patients Know Best (apparently)
A story of summer in status updates