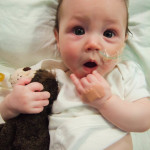 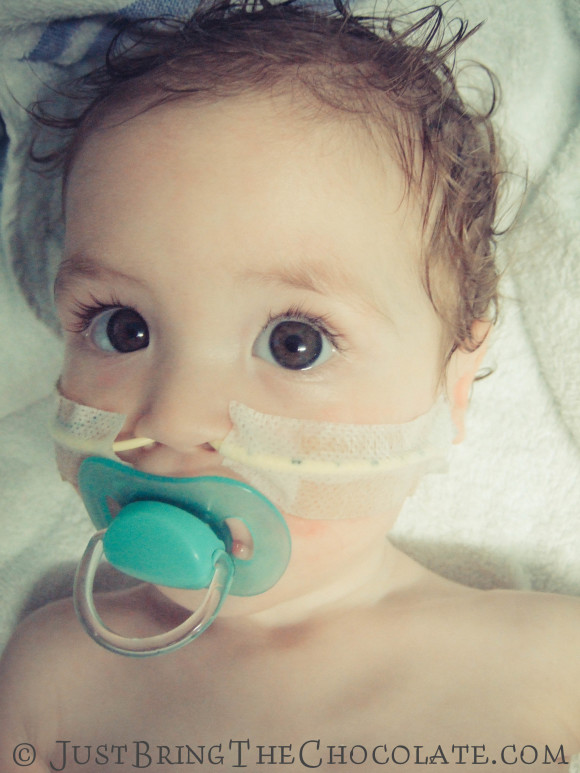 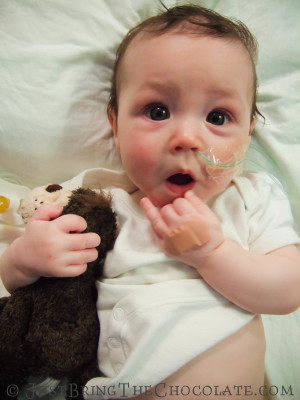 Dominic first had an nasogastric feeding tube (an NG tube) at the age of 4 months. At this point we knew he had pretty bad silent reflux and that he seemed to react to almost everything that I ate (I was breastfeeding him). He was failing to thrive, despite my best efforts, and so he was admitted to hospital to see if the nurses could get him to eat. They couldn’t, so Dominic got a feeding tube. It felt like a great big slap in the face at the time and I cried, a lot.

It was an entirely alien world that was thrust upon me without anyone stopping to check if I was actually capable of dealing with it. Dominic already screamed in pain all hours of the day and night because of the reflux, and now there was something stuck to his face and shoved up his nose that little fingers could pull out quite easily. I was a single mother with three young children and driving backwards and forwards to the hospital to have it reinserted just wasn’t the best use of my time. After I’d seen the nurse reinsert it a few times, I asked if I could be taught to do it at home. At the time it seemed like the best option, but as I sat by myself at home a few days after I had been taught, with my baby wrapped in a blanket to stop little arms from grabbing the tube as I inserted it and he screamed and choked and then screamed some more I wondered if I could sink any lower than I felt at that moment. The pain of inflicting such a violent and invasive act that petrified my baby broke me a little bit more each and every time I had to do it. I am still a huge advocate of learning the skills necessary to keep your family as independent as possible, but this first venture into the world of special needs parenting was such a shock that it reverberated to the very core of what I believed mothering was about, and left me feeling like I somehow wasn’t a proper mother as I couldn’t provide the secure nurturing environment that all babies deserve.

Over the months I got faster and more efficient at reinserting the feeding tube, and I even found a technique to tape the bugger in place to ensure that it lasted as long as possible. You can see how I taped the nasogastric tube here.

When we first went home with the feeding tube I was still breastfeeding Dominic, but topping him up with bolus feeds of hypoallergenic specialist feed. I hated the bolus gravity feeds with a passion. Just as I would hold the giant syringe full of feed up in the air attached by a long tube to the NG tube the phone would ring, or the door bell would go, or a child would need to go for a wee. And I would sit there, and sit there waiting for the milk to go in at a snail’s pace, then when it was finally almost all in Dominic would burst into tears as the milk hit his stomach and the pressure of his crying would making the same milk creep back into the syringe again. I got so frustrated I used to tape the syringe to the wall so Dominic could yo-yo his milk for as long as he liked. 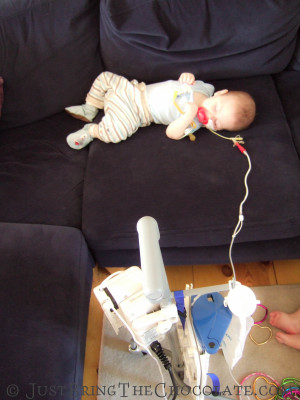 We very quickly realised that feeding him like this was rather futile however and moved instead to delivering his feed very slowly via an enormous feeding pump that I learnt to hate with a passion as I lugged it with one arm while carrying Dominic with the other, the tube trailing along with us threatening to catch on anything and everything, ripping his feeding tube out along the way.

Dominic moved to a Mic-Key button gastrostomy feeding tube at the age of eleven months. The surgeon created the hole for the permanent tube at the same time as performing a Nissen’s fundoplication. The Nissen’s was unavoidable as Dominic had life threatening reflux and he had repeated pneumonia as a result of him breathing in his stomach acid. Unfortunately Dominic’s stomach never really recovered from the operation and after he retched so much he undid the first Nissen’s he ended up in intensive care having aspirated (breathed in) his stomach contents. He was incredibly lucky to survive, and was jejunally fed (so the feed bypassed his stomach and went into the small bowel just below the stomach) via a nasojejunal (NJ) tube while he recovered enough to have a repeat Nissen’s. He also had an nasogastric tube at this time so his poor face was a mess of tape and tubes. The NJ tube was much more difficult to manage, however, as I couldn’t replace it myself when it came out, I had to instead travel to hospital with Dominic and hope that there was someone there that was qualified to place one, and then confirm its placement by xray. It restricted what we could do and where we could go as we were backwards and forwards from the hospital so much. The decision was made, therefore, to place a gastrojejunal mic-key button in through his gastrostomy so he could still be fed jejunally, but it was easier to manage than the NJ tube. We knew he was quite a long way under the 10kg recommended weight. That decision had some serious consequences that we couldn’t have forseen, but it finally freed us from tubes down the nose and tape on the face and helped protect his lungs from being further damaged by reflux.

And to see our video about our tube feeding journey, have a look here 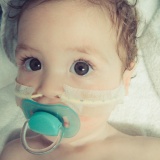 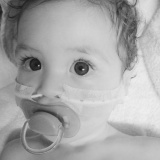 How to tape an NG tube

so it doesn't come out 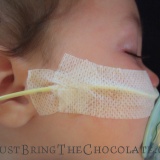 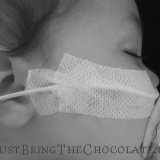 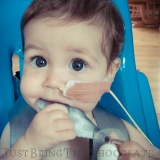 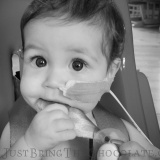 Why Feeding Tubes Are Fab 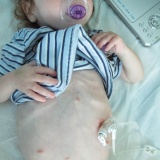 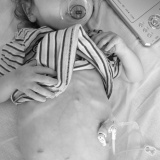 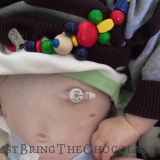 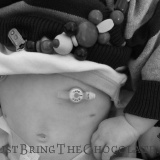 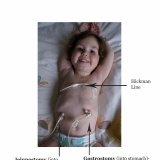 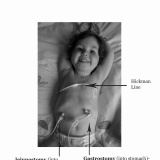