Is teaching tolerance simpler than we think?

This is just a short post, an aside if you will, that occurred to me as I stood in my kitchen this afternoon. There, in front of me, stood three representatives of creatures with a long running history of violence and bloodshed against each other. Creatures that most of us would write off as impossible to change, so ingrained is the desire in them to antagonise and hurt those that are not like them. But yet here, in my very tired looking kitchen, they sat occupying the same space peacefully. If you had seen them there it might even have crossed your mind that they were capable of working collaboratively as they seemed to all manage to look both hungrily and hopefully at me as I pottered around the kitchen.

Admittedly these were not world leaders nor were they opposing sides of a political wall, they were simply three species of animals, sat in the same room, actively not killing each other. But does that not make it more poignant?

We generally don’t think that a dog or a cat (and certainly not a chicken) can be reasoned with like a human being can be, so how is it then that with a little bit of education and positive reinforcement three non-reasoning animals can achieve something that humans still seem incapable of getting close to. Is it because we in fact lack the capability for tolerance or is it perhaps that we just lack the willingness or opportunity to allow ourselves to be educated in a way that encourages us to try?

What do you think? 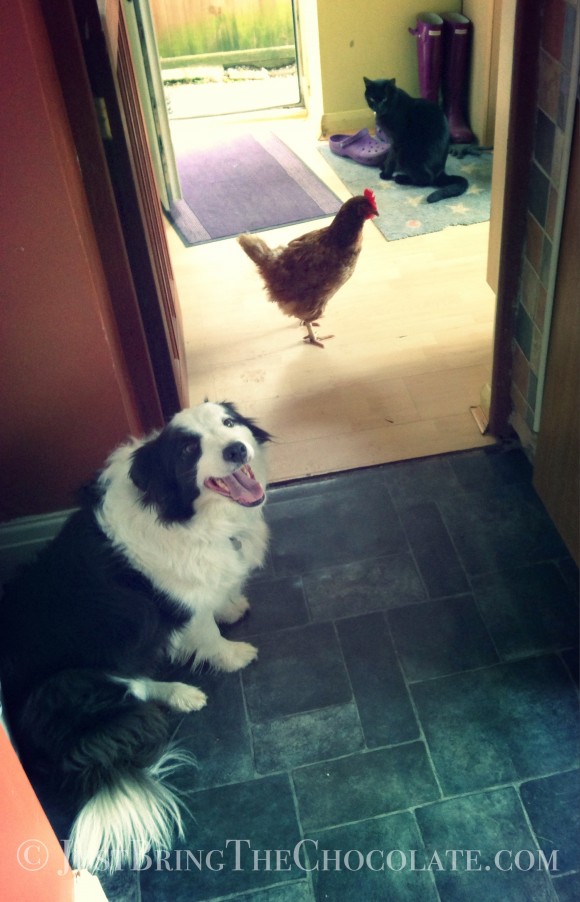